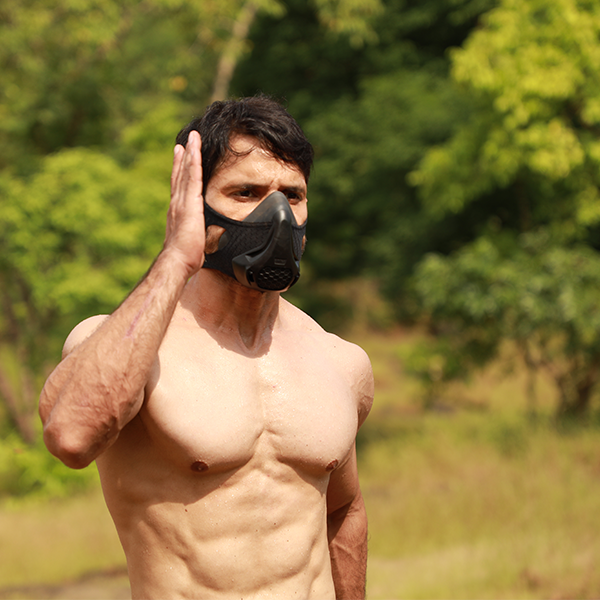 A training mask just doesn’t make you look cool and badass like Bane from the Batman movie, its benefits goes a lot beyond that. Well, the training masks are still in infancy and its high potential is yet to be discovered by the masses. Many doesn’t know what it is and why is it used? Let us get enlightened on the mystery of training masks.

From time immemorial athletes have preferred training on high altitudes as means of increasing their capacity to hold more air in lungs, in short, to increase the endurance. In fact, it is eyebrow raising to know that 95 percent of the medalists at Olympic Games and other World Championships since 1968 have trained in high altitude. As we go higher in altitude the air pressure dips significantly making it difficult for an individual or the athlete to breathe easily. Thus the body has to be trained to make the best use of the less oxygen the lungs can intake, and like the evolution scientists say that the living beings adapt to conditions to survive, the athlete too adapts to the conditions and use the limited oxygen optimally, resulting in higher efficiency of the body’s respiratory and cardiovascular.

Now the athlete who has trained at high altitudes has a body that’s disciplined itself in utilizing the oxygen smartly that too in very less amount of it. And when he competes with other athletes, he has a better chance of standing on the podium and show-off his medal. Training in high altitudes also carries some drawbacks and one of the major one is that it increases the blood cells and makes the blood thicker, which in return makes the heart’s work more difficult to pump blood around the body.

With the help of technology and studies, sports scientists came up with a solution and that solution is training mask. So you don’t need to travel the mountains to train or don’t have to risk health problems caused due to thick blood by training in high altitudes. With training mask you can adjust the air flow that you allow yourself to breath, replicating the same high altitude breathing conditions for the body.

This can be a great partner for anyone who is trying to squeeze the maximum out of the their workouts, whether indoors or outdoors. A yogi, a runner, a lifter or a sportsman, anyone can use it to improve their endurance and test their abilities to the maximum.

Don’t ignore this performance enhancer because your competitors aren’t.