5 Equipment Every Cricketer Must Have 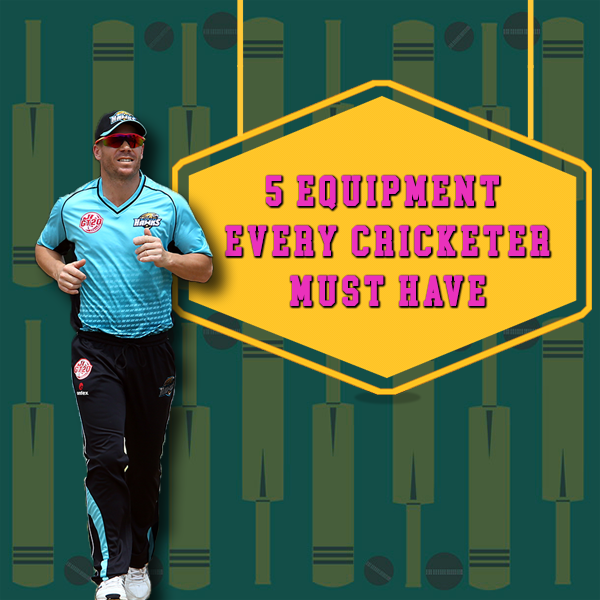 Cricket is a beautiful game and playing it at the highest level is every young aspiring cricketers dream. Beauty attracts many and like that the game too has many bettering themselves and raising the bar of competition. To be better than others one doesn’t only have to work harder but also need to work smarter than others. With times new technologies and equipments have entered the world of cricket to specifically help a cricketer get better. And these 5 cricket equipment are must a must have.

Whatever standard or format of cricket you play, sidearm can help you become a better batsman. Finding good bowlers who can bowl with the same intensity for longer duration is not really possible, and this is where Sidearm is the best weapon a batsman must have in his arsenal. The feeder using the sidearm for throwing at the batsmen, just has to use little efforts to produce high speeds of deliveries at the same intensity for longer duration. A common myth is that it is just used for facing pace bowling, but throwing with the right angles of the sidearm, one can produce both- seam, swing and spin.

You might have seen your favorite cricketing stars wearing gloves during fielding or catching practice on television. We have seen legends like Sachin Tendulkar, VVS Laxman and Virat Kohli among many wearing gloves during fielding practice and you too should wear one. Nobody wants to get hurt during practice and sit out in the next game, wherein you could have scored a century or taken a 5 wicket haul! Catching gloves from Omtex Sports is a boon for fielders as it protects you from unnecessary injuries in fielding practice and let’s you be in the practice for longer hours bettering your craft. So this small fold-able pair of gloves is a must have in your kitbag.

Swing bowling is a hard learnt craft that can make the most skilled of the batsmen struggle. A lot of things matter for the bowl to swing and out of those the most prominent is to see how the seam behaves when the bowler releases the ball. In the all red or white cricket ball, it is not entirely possible to observe the seam behaviour and to learn to bowl swing bowling it is important that the seam is seen distinctly. That can be done by bowling with this bowl.

One of the most difficult positions to field at is the slip cordon. Here at this position, any fielder standing in that must have great agility and reflexes to take those match winning catches. To practice that we have a simple looking board which we call it ‘Katchet board’. The Katchet board prepares for those uncalled for edges flying towards the slip-cordon, and a slip fielder must have agility and reflexes to convert that into a catch and give his/her team a break through. All the best slip fielders that you see, have or had practiced on the Katchet Board.

Buying a speed gun is an investment for long term that will certainly keep helping you and like one of the richest man in the world, Warren Buffet said, “The best investment you can make, is an investment in yourself”, so buying a speed measuring gun is a great investment you would be making in yourself. It will help you to monitor your improvements on regular basis, cause without this it will be difficult to know the real progress. It’s a must have product for every player, coach or an academy.